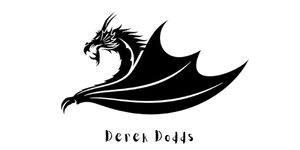 It Only Takes One Wave To Change You Forever: J-bay South Africa

Having been cursed in countries south of the border for decades, you would think I would have learned by now as I run out to the reception with a hopeful expression on my face, ‘I just drank the tap water, is that cool?’ I was feeling awful for some reason, and it wasn’t the water.

I picked up some gnarly African flu, for four days I was praying to trade it out for anything Montezuma style. Illness knocked me out like Mike Tyson at a drunken bar mitzvah. I barely had enough energy to surf.

There I was dragging my sorry ass out into the surf and then crawling back to bed for the rest of the day. Viva vacation. I thought I was feeling better and ambled out to find some decent food. I’d been living off cough syrup and aspirin for four days. I’d eaten so many flavors of cough drops that my tongue felt like the sticky side of a live mousetrap. Every thirty minutes I had a full-on fight with my lungs. It felt like an epileptic seizure. I thought I was going to swallow my teeth.

I managed to surf J-bay in the delirium. I have no idea how I did it.

For the next few days, I rushed back and forth between the beach and my room. Every time I got back to my hotel, I went directly for my cough syrup bottle like a junkie that won the lottery. Unfortunately, I knocked the bottle over and my precious brew spilled on the floor. I half thought about licking that medicine right off the wooden slabs but I decided that was way beneath my dignity. The little I had left.

Of course, at this stage everything was closed so I had to rough it and hold court with all that phlegm in my lungs, trying not to breathe in too deep and building my pillows as high as possible to trick my lungs into thinking I could out-wit them. It doesn’t work, let me tell you. I climbed into bed waiting for the storm to arrive with a full box of tissues and a jug of water, I open my book for a bit of undeniably deserved reprieve. I am a paragraph or two in and I notice this black spot on the page—what the fuck—the damn thing moves when my eye moves. I get up and look at the mirror and during my coughing fit, I broke a blood vessel in my eye. It can’t get worse, can it?

In the morning I woke and noticed something different. I could feel it, it was in the air. I ran outside and took a peek over the railing straight out at Supertubes. The swell jumped overnight, the wind switched onshore, and the swell was hitting directly from the East—perfect conditions. I’d been waiting four years for this, surfed many good days but this was as good as it gets here—not many people in the water either.

Just paddling out at J-bay on a big day you got to have some decent size balls, the reef sucks out like a hooker on crack. There is one sane way in, and one out between all the jagged rocks. On my first trip five years ago the reef sketched me out so hard that I paddled all the way from the beach at Bone Yards. That paddle took me about 40 minutes to get into the lineup at Supers. After five trips here I don’t make that paddle anymore, this day I was in the lineup and on my first way before you could say lickety spliff (sic).

I paddled to the top, nodded to the crowd of locals that are as friendly as a pack of hyenas on a ten-day fast. At the top, the waves at Jbay are the biggest. You’re lucky to make every fifth one because if the swell doesn’t hit the reef just right, it runs too fast down the line and closes out on top of your head. When that happens, you better hope you got one of the last ones in the set because getting caught inside means you are about 10 feet from the razor-sharp reef.

Most guys sit just inside and pick off the set waves when guys fall. Every once in a while it hits just right and wraps along the reef like a Rastafarian condom, not the g spot, the j spot.

Then it happened. I was right in position for what I could feel was going to test my limits. I swung fast and dropped, pitted on takeoff, I shot out and hit the lip so hard, it made me hard.

Now it’s race time. The middle section of the wave is a race track. If you make it through it will reward you and if you don’t it will punish you while scratching in very shallow water. I drew my line high and made the next section with my hands over my head—inside the green room—another few turns and a smaller barrel on the inside. I paddled back to the top and a few hyenas were smiling at me—it only takes one wave to change you forever.

A Sinaloan Road Trip: Why Surfers Risk Everything for Waves